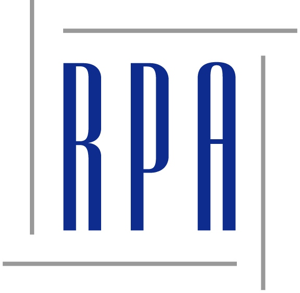 (we love it here)

Nested at the northwest corner of Lake Washington, Lake Forest Park is a small city of around 9,000 households, with 13,000 residents. The City Hall, along with its mayor and Police Deparment, are at the Lake Forest Park Towne Center, which is the nexus of commercial activity in LFP located at the intersection of Bothell Way (Hwy 522) and Ballinger Way (Hwy 104). Bordered by Shoreline to the west, Seattle to the south, and Kenmore to the north, our city is an enclave of woodlands (Forest), waterfront (Lake and streams), and hills and valleys (Park) that are at first, difficult to navigate, but which create distinct neighborhoods that feature a variety of different types of housing. Some of the original homes in the City date back to the early 1900's, when Lake Forest Park was just another mill site around Lake Washington, with "pioneers" moving out from Seattle to settle the area. In the 1920's real estate development began in earnest, with a dozen beautiful craftsman homes built to market the community. Throughout the years, and especially after WWII, the neighborhoods were built out and continue to develop. Lake Forest Park has several unique amenities. One amazing feature is the Lake Forest Park Civic Club (https://lfpcc.org/), located on Lake Washington at the base of Ballinger Way. With a sandy beach, a boat ramp, enormous dock, playground, fields, and clubhouse, this gem is deeded onto several thousand properties in the original LFP Plats (it's included when you buy a home!). The Sheridan Beach Club is another jewel, located on the Lake with a pool, dock, and pickle ball court, this property is deeded with homes in the surrounding Sheridan Beach and Sheridan Heights neighborhoods (http://www.sheridanbeach.org/). The Burke Gilman Bike bike trail runs through the entire City, extending east all the way to Lake Sammamish and south to the UW and Ballard. And finally, no mention of Lake Forest Park is complete without applauding the Shoreline Public Schools, which, along with the City of Shoreline, is the school district which serves our city. There are two elementary schools in LFP, Brookside and Lake Forest Park, which feed into Kellogg Middle School, and the award winning Shorecrest High School, which was rebuilt in 2016.

All listings featuring the "three tree" icon are provided courtesy of the Northwest Multiple Listing Service (NWMLS). NWMLS data may not be reproduced or redistributed and is only for people viewing this site. All information provided is deemed reliable but is not guaranteed and should be independently verified. All properties are subject to prior sale or withdrawal. All rights are reserved by copyright. The information contained in this listing has not been verified by the website owner and should be verified by the buyer.